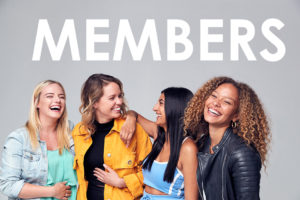 What if I told you there’s one mental barrier that’s holding you back from impact, income, influence and the legacy you’ve always wanted to live.

Well there is… and it’s called the “4 Minute Mental Mind Trap.

And to understand it, you have to first understand the story of Roger Bannister (an Olympic runner).

You see, up until 1952 humans believed it was IMPOSSIBLE to run a 4 minute mile (they believed the human heart would explode before you were able to achieve it).

But in 1952 one man named Roger Bannister did the impossible, he ran a 4 minute mile!

But that’s not the crazy part.

Since then 1,400 male athletes have broken the 4 minute mile (and now high school kids can do it).

The same thing goes with success in life. The first step to making a bigger impact, leaving a bigger legacy and raising your income is knowing with 100% certainty that it’s possible.

They found ordinary people (maybe just like you) doing extraordinary things – and when you hear their stories you’ll be inspired on the deepest level.

In fact, you are going to be shocked at what you witness in this video.

Someone like Jamie Findlay who was a great photographer doing okay in her business but then decided to help others learn what she already knew. She started doing workshops and virtual coaching and last year her she did over $500,000 in revenue by sharing what she knew to help others go faster.

But that’s only one of many. You have to hurry and go see how starting fearful, confused and unsure of themselves regular people like:

Gavin & Manuela Castaneda have a thriving business sharing on Women’s Health/Endometriosis because of learning through a personal battle. Yes her biggest fear was “who would pay me, I’m not an expert” Wow was she wrong!

Or Ryan Black generating $41,677 a month doing virtual group trainings for dating, relationships, and men’s personal development. Before he started, he thought there were too many others out there doing the same thing. Boy he’s glad he didn’t hesitate!

Or Michael Rozbruch doing $24,879 a month helping accountants be better at what they do since he used to be one for many years. He once told his wife “Accountants will never pay for a workshop” – Ummmm, yes they do;-)

Then there is:Aaron, Ryan, Brad, Jocelyn, Jennifer, Dana and many others. And you are going to freak out when you see how they tapped into this $355 Million dollar a day industry, are making an impact and making great income doing it.

So go watch the new video and break the mental barrier holding you back!

I have a favour to ask…